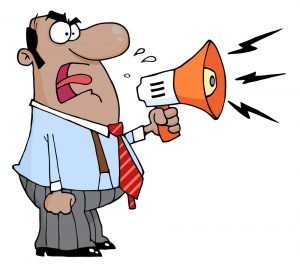 No matter how justified you feel about venting your anger or frustration toward people you used to work for or with, the temporary satisfaction you get from it comes with a potentially massive cost.

First of all, it’s usually very short-lived. Once the payback glow subsides, you’re left with subsidiary emotions that are never positive. Such emotions can have a corrosive effect on your mental and physical well-being.

A potentially bigger cost is the long-term impact the relationship bridge-burning can have on your career. It’s possible, for instance, that word will get around—and maybe fairly quickly. Even if your industry isn’t small or strongly insular, that kind of negative image can spread and linger long after the event that triggered it.

In the worst scenario (and I’ve known this to happen), you could end up working for or with the same individual years later at a different company. For example, the boss who hired you into your current job might leave the company and be replaced by the person you vented your anger on at the original company.

That is not a happy situation!

Build Bridges and Keep Them Positive

Even in a difficult work situation, it’s much better overall if you can maintain your professional attitude and performance. In the face of genuinely unreasonable treatment, that can seem extremely difficult, but the potential benefits are well worth making the necessary effort.

Obviously, it’s best if you can build and maintain positive work relationships based on mutual respect and cooperation. Failing that, if you can at least keep challenging relationships as close to neutral as possible, you’ve probably achieved the best you can hope for.

Leaving a job with your dignity and self-respect intact lays the foundation for positive experiences to come as you progress in your career. Just as important, when you refrain from burning your relationship bridges, you present yourself as a consummate professional in all respects.

That positive word might not get around as rapidly as a negative report does, but it will get around eventually, and your professional reputation will reap the benefit. Keep that in mind if you’re ever tempted to “let loose” on former employers!

I partner with senior managers and executives who want to land a new position as quickly and profitably as possible. I help them maximize the effectiveness of their resume, cover letter, LinkedIn profile and interview skills to achieve that goal.A Successful Career