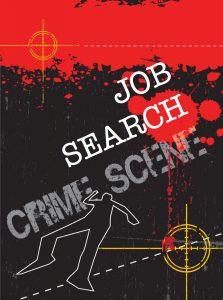 Job search is becoming increasingly more complicated by the day, like a maze with twisty unknown passages. Take the wrong way and you could find yourself running around in circles, losing a lot of time and energy—and interviews.

I often hear this line from clients: “I’ve sent out hundreds of resumes for jobs that I’m well qualified for and haven’t had any responses. It’s killing me!”

Well, if you’re sick of running into walls and dead ends, here’s what else you could be doing to bring your job search back to life:

Capitalize on SOCIAL MEDIA as a strategic job search tool.

If you separate social networks (i.e., having a presence on LinkedIn, Google+, Twitter, Facebook, Instagram, Pinterest) from your job search, you’re severely decreasing your chances of even getting a second glance by employers and recruiters—much less a scan of your resume or a call for an interview.

According to recent surveys, 92% of companies use social media for hiring and 93% of recruiters are likely to look at a candidate’s social profile first.

So, where does that leave you if you don’t have a strong online presence to represent your career brand?

Absolutely, Facebook and Twitter, too. According to CareerBuilder’s latest survey, number of employers using social media to screen candidates has skyrocketed 500% over the last 10 years. Here are some sobering stats on which industries were most and least likely to use social networks to screen candidates:

To illustrate what I’m talking about, let’s drill deeper into manufacturing. The industry as a whole was slow to get on the bandwagon and is still only at 56%, but more and more companies are using social networks as strategic tools for recruiting.

Toyota—#1 on that Twitter list, for example—has a few public lists you can join as well, including a Facebook group where you can make your presence known.

Whatever your industry, start following the companies that interest you and would like to target in your job search.

Don’t just join groups or follow the company and then forget about it. In order to get your name out there and become a top-of-mind candidate when positions need to be filled, make and respond to comments within these groups.

Who knows, you might make a connection with someone one week and next month they’re calling you in for an interview, because they remembered a Twitter chat they had with you and liked what you had to say.

BONUS TIP! Joining these types of employer groups on social networking sites allows you to do your research on the company and possibly the people who you’ll be interviewing with. Knowing about potential employers speaks volumes about your interest in the company and the job, by the way.

According to a 2015 Jobvite survey, 76% of social job seekers found their current position through Facebook and Twitter is the most popular place to ask others for job search help and advice. Now, that’s powerful.

With those kinds of results, why wouldn’t you get in the game?