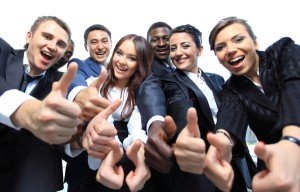 Over lunch with my friends who do the hiring for their companies, we discussed some of our pet peeves when doing interviews as well as things we love about dream candidates. Here’s the inside scoop:

1. Don’t show up late for your interview. P.S. Getting there just in time is late.

I had a woman show up for her interview just a few minutes late but it obviously flustered her. Worse, she went on to explain, in a TMI sort of way, every detail of her morning. We spent most of the 30 minute interview discussing leaky diapers, dysfunctional breast pumps and husbands who leave the car out of gas. It was not a good interview for either of us.

Kevin runs a counseling office and told us about a dream candidate. The woman arrived ten minutes ahead of her interview. She was polite to the receptionist and immediately got up to help another candidate that dropped some papers. The receptionist later told Kevin that the dream candidate empathized with the flustered candidate – telling her she was also feeling a little nervous. She did well in her interview, but it was the time in reception that clenched it for her.

There is a belief that you should dress up for an interview, but there are two problems with that. First,if you’re uncomfortable, you won’t interview well. Second, you may not fit into the climate of the work place. Instead, find out how people dress at the job and kick it up just one notch. If people wear suits everyday, a nice suit is appropriate. Just be sure it’s freshly cleaned and it fits beautifully. A crumpled, smelly, ill-fitting suit is generally worse than wearing something nice that fits well. If people wear jeans and polos, wear nice jeans and a great polo.  Psychologically, you want to fit in.  Dress like they dress on a good day.

3) Don’t get too personal or too negative.

Nancy runs an ad agency and had a candidate who wandered down a personal path with each question. When asked about his strengths, he focused on non-job related strengths and bragged. When asked about weaknesses, he went down a number of rabbit holes including choosing the wrong sort of woman to marry and drinking too much in college. Nancy couldn’t get him out of the office fast enough! When interviewers ask these questions, they’re assessing whether your strengths and weaknesses fit the job they’re trying to fill.

Susan told us about a candidate she loved. He shared a couple of personal anecdotes but they were relevant to the job – and funny – which fit the culture of the workplace. The candidate was upbeat but not in a PollyAnna sort of way. When asked about strengths, he was confident and positive – focusing on ways he could help her company. When asked about weaknesses, he was honest and explained that he was uncomfortable with public speaking (not required for the job) but was great presenting to small groups (required for the job).

A little planning and research goes a long way. When you dress the part, match the culture, keep it relevant and professional, get there early and are considerate you’re on your way to getting the job.