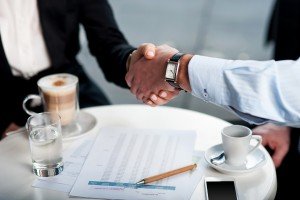 If you are skeptical about the power of the hidden job market, you need to read on. You likely understand that up to 95% of jobs are never advertised, especially at senior levels.

This is the story of Handell, a technology executive client who had been downsized from his firm due to a merger of two similar-sized national firms. Post-termination, Handell applied for a posted position as Senior Director Network Operations with a supplier company of his former merged firm. He was ecstatic because the organization was in growth mode and the opportunity was perfect!

He was interviewed four times by the human resources department and the COO of the firm. He received the news three weeks later that he was not the successful candidate. He was immensely disappointed. All of the indicators signalled that he would be selected and he was absolutely convinced he would receive the offer. He was told that, although he was a top-level candidate, his skills did not match the job description and another candidate with more relevant experience received the offer.

But wait. The story does not end here.

Handell received a call late Friday afternoon from the CEO’s assistant requesting that Handell meet the CEO for coffee on Monday morning.

Handell contacted me on Saturday to express his exasperation at this development. Coffee? He was not sure why the CEO would want to have coffee with him. Perhaps the CEO felt badly that Handell had invested so much time in the interview process and was treating him to coffee as a simple courtesy.

I immediately prepared Handell for a job interview. We reviewed his value proposition. We reviewed his understanding of the firm’s target market. We identified the pain points of the firm. We mined our collective databases for more information about the CEO, his board, patents pending, etc. We left no stone unturned for this “coffee meeting.”

I received a call from a very pleased Handell Monday afternoon at 4pm to tell me that he had been offered a job that morning by the CEO. However, this was not the job he applied for, but a brand-new opportunity. Although HR and the COO had been very impressed with Handell’s credentials, he was not the perfect match for the Director of Networking Operatons job. He was overqualified for that role.

Much to Handell’s surprise and delight, he was offered a role that did not exist previously. Handell had made such a positive impression on the organization’s management team, the CEO wanted to meet him in person. The Director Networking Operations position that Handell had been coveting was dwarfed by the new opportunity which he gratefully accepted at a handsome increase in salary.

Here are some lessons that we took from this experience:

Of course, I encouraged him to plan as he would for any job interview: “But, Maureen, it is not an interview. I’ve already been turned down by HR because there is no opportunity for me at this company.”

My advice to Handell: When you’re invited for coffee with the CEO, understand that it is not a coffee meeting, it is an important opportunity that helps you to accomplish a number of goals:

This is a perfect example of how the hidden job market worked. If Handell had gone into his “coffee meeting” with the CEO with a self-defeating attitude, it is highly possible he would not have been offered this unique opportunity.

To define the hidden job market:

In my experience as an HR professional and career strategist, I know that there is usually a budget line for candidates with solid skills whether you are entry level or c-level.

The challenge, of course, is uncovering those opportunities. That’s a topic for next time.