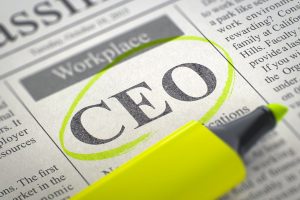 Spending hours and hours online reading and responding to job ads sure feels productive when you are on the hunt for your next executive role, doesn’t it?

And maybe it was when you were in the earlier stages of your career. Advertised opportunities abound for entry- and mid-level management roles, but at the executive level, this just isn’t the case. Clearly, at the top of the pyramid, there are fewer bricks.

As you contemplate how to spend your executive job search time and effort, here are some points to consider:

55% of opportunities are filled before they reach the ad phase

Typically, companies first look internally to see who has the potential to succeed at a more senior level. If a strong candidate is not identified, high-level hiring agents look to talent they can tap from their and other leaders’ own networks or who they can entice among recognized talent in their industry. That is, they attempt to fill positions with networked individuals who have managed to become known for their value and expertise. Only when those avenues have been exhausted is a search firm contacted to help fill the role or is a job ad drafted.

Typically ALL qualified referred candidates are invited to interview

Thus, maximize the time spent expanding your network (and hence potential for referrals). Or, even if you are using job ads as guidance for the types of opportunities to be found out there, identify who among your network can get you an introduction rather than applying with the masses.

If you’re qualified for a job that has been posted, it most likely represents a lateral move

Job ads are not written for the potential in people—they are written for those who already have the proven ability to succeed in the role. When companies draw up an ad, they build a wish list of what they want the person in that role to be, not who they want them to become or what they want them to gain through the challenge of the opportunity. That means, most jobs you’re qualified for that have been posted as ads represent lateral moves that leverage previously existing expertise, rather than a step up in responsibility and an opportunity to build new savvy.

Networking may sound vague and may feel a bit fuzzier in terms of measuring job search “progress” than applying to posted jobs, but if you begin to use it as the primary source of getting leads about opportunities (or, more often, introductions to people who may lead to even more introductions), then you are actually making much better use of your valuable time than busily applying for jobs behind your screen.