Should you or shouldn’t you send a cover letter with your resume? It depends. 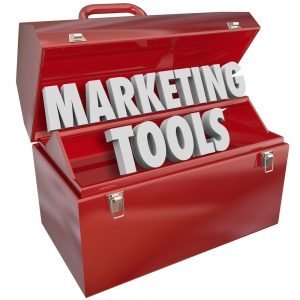 If your idea of a cover letter is something that basically says, “Here’s my resume—I hope you like it,” don’t bother! Unless you find a way to engage the attention and interest of the reader (employer), you’re wasting your time and theirs. A cover letter must serve as a strong marketing tool for you or it’s useless.

Value Message in a Cover Letter

Your cover letter needs to communicate information about your unique value to the potential employer—in essence, reinforcing the message you presumably have already presented in your professional resume. It must also capture attention quickly, because employers don’t always read cover letters, especially if the opening of the letter puts them to sleep!

For example: “I’m submitting my resume in response to your posting for a [position title].” Now there’s an attention-grabber…not. It does nothing to create interest on the part of the reader. Definitely it doesn’t set you apart from hundreds of other job seekers who are targeting the same opportunity.

A cover letter that goes on for paragraph after paragraph or wanders all over the place—summarizes almost your entire career, for instance—won’t get the results you want. It tries to make readers work too hard to find the key information they’re looking for. Employers won’t do that. They don’t have the time or the inclination.

Get to the point! As William Shakespeare said, ” “Brevity is the soul of wit.”

What do you most need and want the employer to see and remember about you? That’s what you have to communicate in your cover letter—clearly, concisely, and compellingly (what I call the “3 C’s”).

What to Leave Out of Your Cover Letter

I could list quite a few things that don’t belong in your cover letter and won’t add value to it, but here are just a few:

Above all, don’t fill the letter with generic wording that sounds as if you probably sent the same cover letter to a zillion employers!

You can start with a master document that incorporates some of your most relevant information, but don’t stop there. Turn your letter into a topnotch marketing tool that presents you as a potentially attractive candidate for the targeted position, by customizing and personalizing it appropriately.

In short, make it work for you.

I partner with senior managers and executives who want to land a new position as quickly and profitably as possible. I help them maximize the effectiveness of their resume, cover letter, LinkedIn profile and interview skills to achieve that goal.A Successful Career