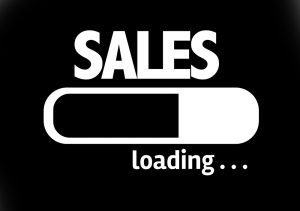 So you love what you do and you’re good at it. So why won’t more of your prospects buy your services?

In the many years I’ve been coaching career entrepreneurs to close more sales (and charge more money for them) I’ve learned a few things.

First, anyone who is willing to follow a proven system can have a 94-97% closing rate while doubling and even tripling their rates.

It’s true. Consider what a few members have written me:

I tried your 97% close rate script and it was like some kind of magic. He acted like he couldn’t get out his credit card fast enough; like he was afraid I would go away. By using your tried-and-true method, it’s like I was giving away gold.— Karen Bartell, Best-In-Class Resumes

I increased my prices and revised my packages based on your suggestions. I got an inquiry that night, used your 3 step process and the client invested for double what I was charging! – Sally Calloway, The Career Coach

Second, there is a lot of thinking and common mistakes that get in our way and can hold us back, such as:

Let me get really clear about these issues that can hold you back:

If any of these ring true to you, you need to understand that these are all thoughts you are letting hold you back from the success you could have. In fact, I’m willing to bet that these aren’t even your thoughts but something that you learned listening to parents, family, authority figures, and other trusted people. You may have even adopted it by watching movies! Or perhaps you personally experienced one of these things with a prospect once and now expect it to happen regularly.

Heck, I can remember in my first year of business (over 24-25 years ago now) I was pitching a resume to an engineer for, wait for it, $150. Yes, that’s what my company charged nationwide back then and those were big bucks for a resume at that time! He got up and started screaming in my face about my greed and ridiculous prices.

The reality is that I didn’t have a plan back then and was winging it. But 100+ people at all career levels had said yes before him and thousands went on to say yes to my services in the years that followed. And, it’s important to note that I did learn a strategy the next year coupled with packaging, which led to average $1400-1500 sales with a 94-97% close rate.

No one ever screamed in my face (or in any other way) again in 20+ years of offering these services. I don’t attribute that just to the skills I developed, although they certainly helped, but rather that no one else has been that unhinged.

We can’t change the reality that some folks have no filter, no money, or no perspective. They can react out of fear, failure, or anger.

But yet professionals in our industry close sales in the multi-four-figures all the time.

A negative reaction from a prospect is not on you if:

So yes, I created a system that worked to close sales without having to be slimy.

Yes, I had to go out of my comfort zone to charge more then I was comfortable with, but what I knew I needed if I was going to continue offering this service day in and day out.

For a while I did internally wince when I would quote the price waiting for an explosion.

But it never came.

That could be luck or it could be simply that I started using what I call Edu-fearacating in my consultations.

Login to View the Rest of This Article

Access this + all of CDI’s resource library for as little as $97.

Whether you are just starting out or are an established entrepreneur, Career Directors has resources available to take you to your next step.